Typing in the wrong twitter handle can direct you to a porn star instead of a basketball star. Not checking the settings on a Facebook invite might land you with an unexpected 1500 guests at your birthday party. Making inappropriate jokes about another country in a time of crisis could get you fired. All of the above are social media mistakes made by companies around the world and should teach every social media marketer a lesson to double check their content before posting.  In today’s world a small mistake on a social media site can quickly go viral and turn into a crisis. Though a social media marketing campaign is vital to the success of a company in today’s world, it is a tool in a marketing campaign that can easily be mishandled. The following are six things every company must be aware of when dealing with social media marketing.

In short, social media marketing has the potential to make or break a company. As a professional user you must be on your toes and keep your company briefed on current happenings and how to respond to each scenario in order to ensure a consistent and proper image is maintained throughout all social media accounts. Keep in mind that it is crucial to listen to your social media followers and respond accordingly. Also, always double check before you post something!

If you have any other questions about social media marketing feel free to contact Custom Creative! 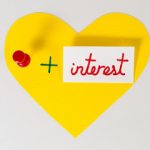 How to use Pinterest in Your BusinessBlog, Social Media 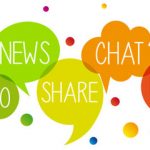