Over the last two years, immersive video capabilities grown, as have the ways businesses and consumers use them. 360 degree videos pts viewers and users inside an experience, allowing them to more directly engage with a product or service than they would with any normal video ad.

Take for example, this 2016 Honda Ad. The viewer sits directly in the middle of the race – in the passenger seat, on top of the car, over the driver’s shoulder. They interact with the car, the other drivers, and the course. Short of actually sitting behind the wheel, this is the fullest experience a viewer can get.

So, what does that mean for businesses? When employed right, immersive videos can expand sales by creating an ad that consumers really engage with. A study by Google comparing 360 degree videos and standard format videos found some interesting results. First, 360 degrees videos actually have fewer paid viewers than standard format videos. The click-through-rate of 360 videos, however, is much higher than the standard videos. This means that viewers who engage with a 360 video are more likely to stay engaged with the product. 360 degree videos were also shared by users more than standard videos, creating free, organic growth. Despite what seems to be a lack of views for 360 ads, the 360 video ended up with 46% more viewers than the standard format video because of this organic sharing, and people were more likely to click on the ad.

The full capabilities and uses of 360 degree and other immersive video techniques (such as virtual reality) have not been fully explored, but they’re not just for big businesses. Small and medium sized companies can also make use of this new technology. A manufacturing plant, for example, can give viewers a look inside their facilities, or a realtor can give 360 degree tours of their listings.

Into the second half of 2018 and beyond, it’s clear that immersive forms of video are going to be playing a much bigger role in online advertising, so don’t be surprised when it starts coming across your feed. 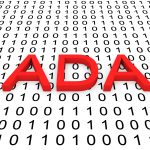 ADA Compliance – Is your site accessible?Blog 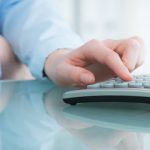 How Much Does a Custom Website Cost in 2019?Blog, Web Design