Google+, launched in June 2011, was given some slack for being a Facebook “wannabe” when it first debuted. Google+, which is Google’s attempt at creating a social network, has many similar features to Facebook. Google+ users are able connect with other users and share their individual stories. They can post pictures and videos, and organize their connections into Circles. The new social network has experienced significant growth in its first six months, accumulating around 90 million users, but is still a sliver compared to Facebook’s more than 800 million user crowd. Google+ has some obvious improvements to be made before it will be given any credit as a legitimate social network front runner.

Visit Custom Creative on Google Plus!

One improvement that Google+ made was the addition of business pages in November 2011. Before this, Google+ was only used by individual people. Pages were created to allow businesses to enter the scene and connect with other Google+ users, and there are some definite benefits of having a Google+ business page. One being special fields on the page that allow people to better find the physical location of the business. Further, with the +1 feature, users can begin following a business page and the content that is posted by the business. After this +1 connection has been established, the business page is also able to add the user to one of their Circles. Similarly, the user can add the business page to one of their own Circles.

The addition of Google+ business pages has provided some value to businesses to start using Google+. By having a business page, a company can expose and endorse their brand to other users, and organize their following into organized Circles. A unique quality to Google+ is its Hangout feature that involves video conferencing capabilities allowing companies to establish richer relationships with their followers and prospects.

Now that you know more about Google+, stay tuned for our next blog post that will go through detailed steps on creating a Google+ page for your business. 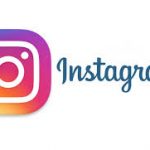 How Instagram Can Improve Your Business’s ImageBlog, Social Media 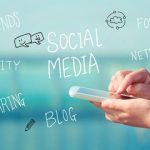