Google Adwords, nearly two decades after it launched in 2000, is being re-branded into Google Ads. Sridhar Ramaswamy, Google’s Senior Vice President for Ads, announced the changes at a press briefing last week.

Adwords, which started as a medium for businesses to post text ads on Google Search results, has outgrown its initial functions. As technology and the ways in which users interact with advertisements developed, Adwords expanded their offerings to include text, video, display, and more – so much more than just “words.” It’s platform has grown to include Youtube, Gmail, Google Maps, and a host of other partner-sites. By changing the name to Google Ads, Ramaswamy says, Google hopes to better reflect their full range of capabilities.

While the rebranding effort is mostly just conceptual, and the current Adwords interface will carry over to Google Ads, there are are some additional changes. Smart Campaigns is a new program designed to give small businesses easier access to online advertising by relying on machine learning and analysis. Additionally, Google Analytics 360 and Doubleclick Digital Marketing are being consolidated into the Google Marketing Platform. By combining their analytics program and advertising tools, enterprisers will be better able to plan, buy, measure and optimize digital media and customer experiences in one place. Finally, Google Ad Manager was revealed. Google Ad Manager combines the two monetization tools for publishers – Doubleclick Ad Exchange and Doubleclick for Publishers – under one umbrella for simplicity and efficiency.

Google will begin their rollout of Google Ads and the other rebranding changes starting in mid-July. Expect a change to https://adwords.google.com … 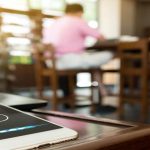 Why You Should Optimize Your Website For Voice Search in 2018Blog, Digital Marketing, Digital Strategy, Search Marketing 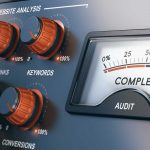 7 Things You Must Do Before Launching Your WebsiteBlog